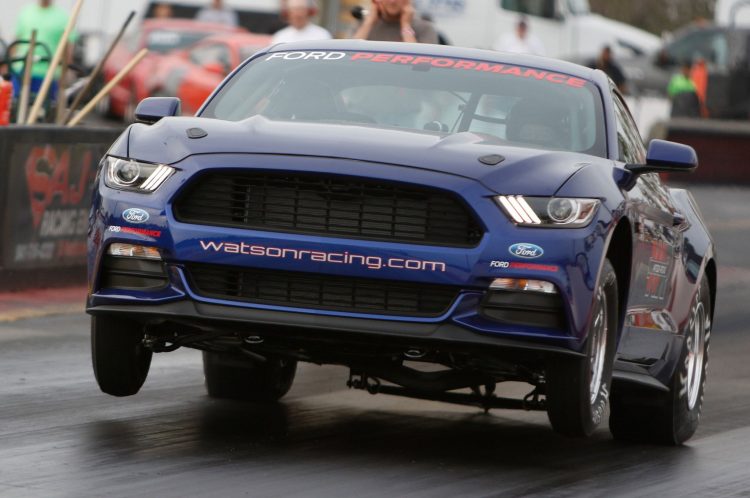 Mustang Racing Parts for the S550 – featured by Watson Racing

Most recently, for the 2016 1/4 mile racing season – Chuck Watson Sr. purchased 2016 Cobra Jet serial No. 001 (pictured above) from Ray Skillman Ford. Watson Racing took it for a homecoming that included a trip to the winner’s circle at the NMCA Indianapolis event. After qualifying No. 1 with a blistering 8.551 ET, Watson saved his best for last, running the low ET of the event. In the final round, Watson narrowly edged out Clay Arnett’s Copo Camaro, 8.549 at 159.51 mph against 8.566 at 158.13 mph. 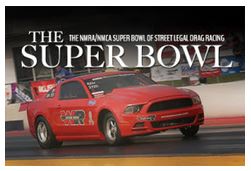 Watson Engineering has years of experience building 1/4 mile drag cars and road race vehicles. Therefore, Watson Racing’s skilled technicians are experts in Ford turn-key race cars. Most noteworthy, Watson Engineering has assisted in design and development. As well as, Watson has manufactured numerous racing components for late model Cobra Jets and Mustangs. Consequently, many feature parts are available for Mustang 1/4-mile drag racing cars including the Mustang bolt in roll cage that is unlike any other.

In conclusion, Whether you need parts for a weekend racer, performance street car, or service parts for a factory race car, or simply want to ‘sound’ and run like an actual Ford hot rod, Watson Racing has you covered.